If you have an unattractive metal filling, we can replace those for you. With new, advanced materials, essentially any metal filling can be replaced with highly attractive ceramic fillings. Now you won’t have to deal with problems related to metal fillings. No more being self-conscious about your mouth. No more sensitivity related to metal conducting heat into your tooth. No more metallic taste or galvanic currents in your mouth. Just comfortable, natural-looking restorations that are also durable.

If you want to learn more about replacing your metal fillings, please call 940-322-2252 today for an appointment with a Wichita Falls, TX dentist at StarImage Dentistry.

Many people received metal fillings and crowns on their back teeth (molars) because at the time there was no other functional option. However, technology and techniques have improved and we have additional options for restoring molars. This includes tooth colored ceramics and advanced composite preparations.

In fact, modern ceramics are much stronger than amalgam. They are stronger than steel. They are as strong as titanium. But they look like natural teeth. They will give you a natural appearance and you will never feel self-conscious about your teeth.

What Metal Fillings Say about You

As metal fillings are being phased out, they are gaining certain associations. People will make judgments about you based on those associations.

I am old: Let’s face it: metal amalgam is a 19th century treatment for tooth decay. It’s being phased out around the world. When people see it in your mouth, they date you from a time when these fillings were common.

I am unhealthy: The truth is that 96% of American adults get cavities at some point in their lives. But most people don’t look like it. If you have a metal amalgam filling, you are calling attention to the decay in your teeth. This makes people think you are more unhealthy than others. And, truthfully, once metal amalgam turns black, it can be confused with untreated decay.

I am unsuccessful: The primary reason why metal amalgam fillings are still used sometimes is that they are a cheaper alternative. People see your fillings and think you are someone who just couldn’t afford anything better.

Apart from what other people think, a good reason to get rid of metal fillings is that they can be unpleasant.

Metal fillings conduct heat and cold from foods and beverages deep into your teeth. This can make your teeth sensitive. This is one area where gold is even worse than metal amalgam–it’s a great conductor and can cause your teeth to be highly sensitive.

Speaking of unappetizing, many people are unhappy with the metallic taste in their mouth from metal fillings.

Metal Fillings May Be Unhealthy

Another possible concern about metal fillings is that they may be unhealthy. The body was not meant to have large amounts of metal in it, especially when one of those metals in mercury. Mercury is one of the most toxic elements on earth, but metal amalgam fillings are 50% mercury by weight.

This mercury doesn’t stay in the filling. It evaporates and is inhaled. It also permeates through the tooth, which can discolor the tooth and allows the mercury to reach the blood in the tooth pulp.

The exact health effects of metal amalgam fillings are debated, but many people improve their condition if they have these fillings removed.

If you are unhappy with the appearance, feel, or health aspects of your current fillings, please call 940-322-2252 or contact us today to talk about filling upgrades with a cosmetic dentist at StarImage Dentistry in Wichita Falls, TX. 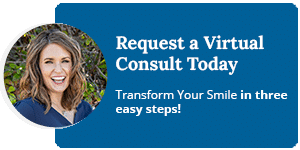