Gum disease or periodontal disease is a serious and widespread condition amongst Americans, especially seniors. According to a CDC report, an estimated 47 percent of adults 30 or older have gum disease, as do nearly 70 percent of of adults over 65. An inflammatory disease affecting the soft and hard structures which support teeth, chronic gum disease has already been linked to a variety of serious disorders, such as, heart disease, diabetes, and rheumatoid arthritis. When considering these links in conjunction with an increased risk of tooth decay and loss of teeth, it becomes clear that the disorder is serious and should be avoided. Another more recent study has given dentist and patients alike another reason to avoid gum disease: Alzheimer’s. 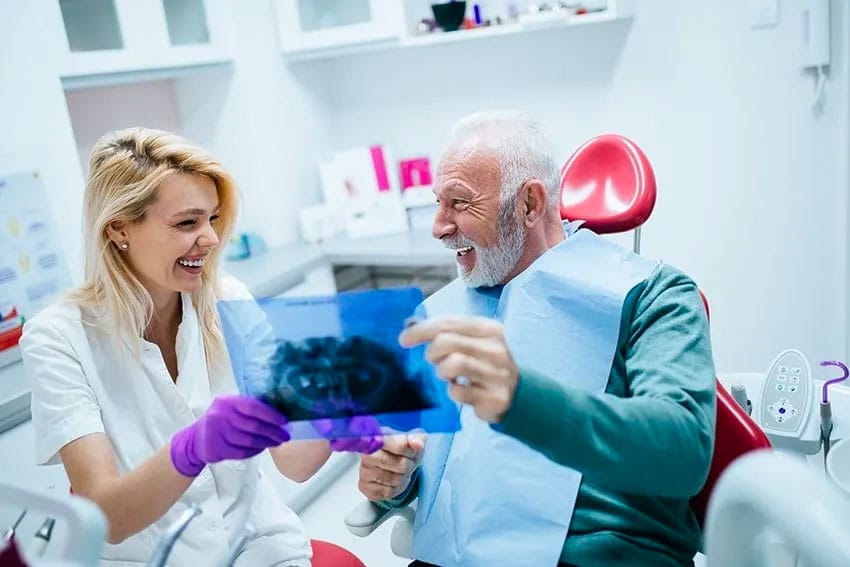 Alzheimer’s disease, also referred to as Alzheimer’s, is a chronic neurodegenerative disease that causes 60-70 percent of dementia in older adults. In 2017, Alzheimer’s cost the United States $259 billion dollars, and this cost could rise to nearly $1.1 trillion by 2050. Although scientists don’t agree on what causes Alzheimer’s, several diseases and complications have been linked to how it begins and then progresses. A new study published in the journal, Science Advances, suggests that a bacterium involved in gum disease could play a role in Alzheimer’s development.

Looking at the brains of deceased Alzheimer’s patients, researchers found evidence of a bacteria known as Porphyromonas gingivalis in brain samples. Furthering their research, the conducted experiments with mice, infecting them with the same bacteria, and found that they had higher than normal levels of a protein associated with Alzheimer’s. What the researchers suggest is that these findings offer evidence that this bacterium plays a role in Alzheimer’s disease, providing a new framework for thinking about treatment.

Can Gum Disease Cause Alzheimer’s?

Several other earlier studies have found links between Alzheimer’s and gum disease. Another study from 2017, found that those with gum disease for ten years had a higher risk of developing Alzheimer’s, and another smaller study found a link to dementia. Unfortunately, research on this topic is still new and conclusions should be limited. Many researchers have responded to this newest study by suggesting that although they believe Alzheimer’s could be linked to a microbe found in the brain, to suggest it is caused by a specific microbe would be a leap.

Although research is still new, avoiding gum disease in incredibly important to both your oral health and overall health. Advanced periodontal disease can lead to tooth loss and put you at greater risk for heart disease. The best way to protect yourself is by sticking with an oral hygiene routine that includes brushing twice a day, flossing once, and visiting the dentist every 3-6 months for a check-up and cleaning.

If you are in Wichita Falls, TX or surrounding areas and looking for a dentist to protect the health and beauty of your smile, please call 940-322-2252 today for an appointment at StarImage Dentistry.