Fatigued? Three Sleep Apnea Signs To Watch Out For

If you wake up feeling fatigued often, you’re not alone. According to a survey conducted by YouGov, only one in seven Americans wake up feeling fresh every day of the week, while forty-five percent of those surveyed report being tired one to three days out of the week.

Though general fatigue is a common complaint among many working adults, what some don’t know is that it could be a symptom of a dangerous disorder. Sleep apnea affects an estimated twenty-two million Americans, and carries with it several severe complications, including high blood pressure, type 2 diabetes, metabolic syndrome, liver problems, and can even result in death. What’s worse, sleep apnea is especially difficult to diagnose, as it occurs while we’re asleep. As a result, perhaps 80% of people with sleep apnea are undiagnosed.

If you are experiencing daytime drowsiness, here are three other symptoms that could point to sleep apnea. 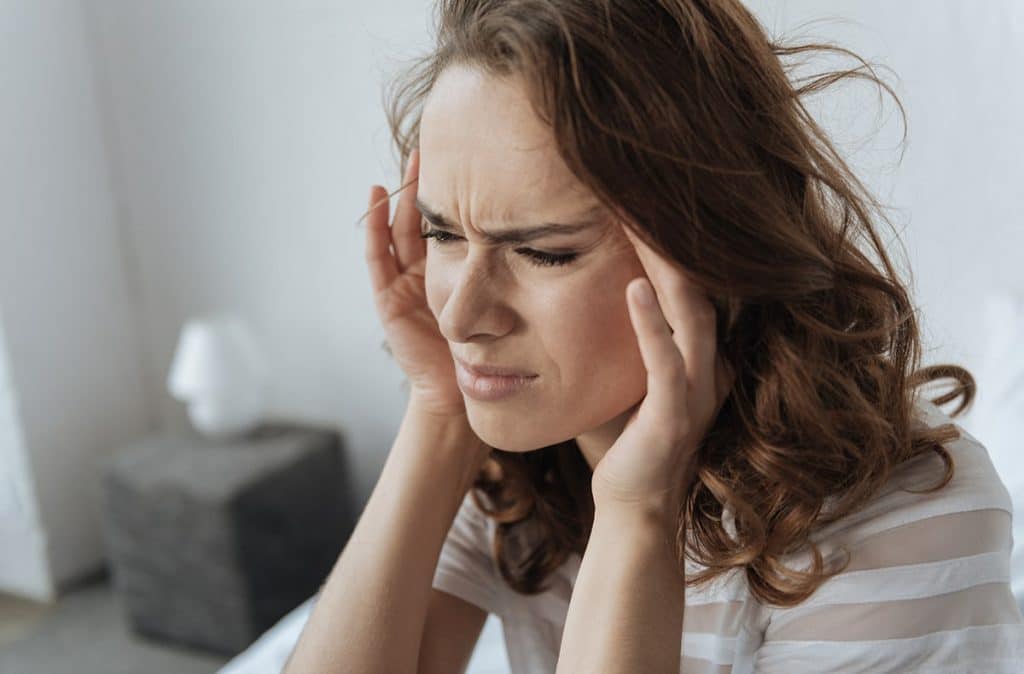 Frequent Headaches in the Morning

Often a side-effect of poor sleep is headaches, especially in the morning. Not only can these ruin your productivity for much of the day, they could also be a sign of sleep apnea. During the night, sleep apnea affects your airways, which results in lower oxygen levels in your blood being transported to your brain. This lack of oxygen can predispose you to headaches.

Dry Mouth in the Morning

Do you immediately wake and reach for a glass of water? Do you feel hoarse while speaking in the morning? Because obstructive sleep apnea partially blocks your airways, we are forced to breathe through our mouths, which can make them dry as we wake up. This could also have negative effects on your teeth and gums, as the absence of saliva can promote tooth decay, gum disease, and even oral cancer.

Bruxism, or the inadvertent clenching of the teeth or jaws during sleep, can occur when the body is under duress caused by sleep apnea. If you wake up with jaw pain or are experiencing tooth sensitivity when chewing, you should see a dentist immediately. Another cause could be TMJ, which is a degenerative disease that may destabilize your jaw over time.

The signs of sleep apnea can vary widely from person to person, and can often be misinterpreted.

Here are several other symptoms to watch for:

Sleep apnea is diagnosed by a doctor, but can be treated by a neuromuscular dentist through the use of several oral appliances for both snoring and sleep apnea. Dental appliances can reposition the jaw to help hold airways open.

If you are tired of snoring or sleep apnea and want to get a good night’s rest, please call 940-322-2252 or contact us today for an appointment with a sleep dentist at StarImage Dentistry in Wichita Falls, TX.