Can Weather Changes Impact Your TMJ and Migraines? 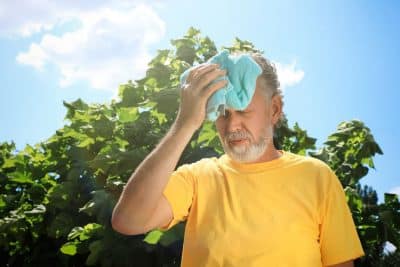 In Wichita Falls, oppressive heat is the norm all summer long, especially when a heat dome descends. With an average high near 100° F in July, you expect hot weather almost every day. Although it’s less common than in June, this hot weather can power severe thunderstorms and other dangerous weather.

If you have temporomandibular joint disorders (called TMJ or TMD) and/or migraines, Wichita Falls’ weather is not just a background effect. It can significantly impact how you feel on a daily basis. Fortunately, you don’t have to simply suffer from headaches and jaw pain when the weather changes. Instead, the Wichita Falls TMJ dentists at StarImage dentistry can help you get relief from your symptoms, diminishing your daily pain, no matter the weather.

We all know that older relative who claims their knee (or hip or elbow) acts up when the pressure changes in Wichita Falls. It probably shouldn’t be too surprising, then, that the temporomandibular joint can also act up when there is a change in barometric pressure. It’s also true that migraineurs often describe barometric pressure changes–especially pressure drops–as a migraine trigger.

As with many things TMJ- and migraine-related, there is a mystery about why this happens. There are four common explanations put forward:

Barometric pressure impacts all parts of your body, but it especially affects the joints. The joints have a fluid in them that helps to cushion jolts and lubricate movement. When the air pressure changes, the fluid can expand and contract. Low pressure also allows the expansion of other joint tissues, like the cushioning disc, the tendons, ligaments, muscles, and more. This expansion can create greater pressure in the joint and on the nerves.

For some people, blood sugar changes trigger migraines, too. Oddly, barometric pressure drops make it harder to control your blood sugar, which can lead to spikes and dips that set off migraines. Blood sugar impact on TMJ is long-term, so it’s probably not why your joint hurts when pressure changes.

Finally, when the outside air pressure changes in either direction, it can cause pressure on the sinuses. This is usually caused by a mismatch between the internal and external air pressure, so it’s more likely linked to barometric pressure drops when the elevated pressure inside the sinuses pushes outward on the sensitive sinus lining. Typically, this is more associated with migraines than with TMJ pain, although sinus pain and TMJ facial pain are often confused.

Many people experience headaches related to temperature changes. The cause is likely vascular. When the temperature drops, the body narrows blood vessels to retain heat. This can cause blood pressure to spike, which can trigger headaches. When the temperature rises, the opposite effect happens, leading to low blood pressure. This may lead to dizziness and tingling in the hands (Raynaud’s disease). It can also cause headaches because the blood can no longer supply the oxygen and/or sugar your brain needs.

Temperature changes can also trigger TMJ symptoms. However, except for Raynaud’s disease, which mimics TMJ symptoms, the cause isn’t vascular. Instead, it’s related to the joint fluids, which can become more viscous during cold weather. This creates stiffness and pain in the joints. It may not get as cold in Wichita Falls as in some places, but it gets cold enough that people with TMJ may feel it.

When the hot, dry weather of midsummer hits, Wichita Falls gets a lot of sunny days. These days can be a problem for people with migraines. Bright light is a common migraine trigger. If you develop headaches related to bright lights, wear sunglasses to help control them.

We don’t know why, but doctors report a spike in migraine complaints in areas where there are lightning strikes. This could be linked to barometric pressure changes before thunderstorms, but it’s not been confirmed.

Help for TMJ and Migraines in Wichita Falls

Do you experience TMJ symptoms and migraines regularly? Do they become particularly troublesome in certain weather? The TMJ doctors at StarImage Dentistry in Wichita Falls may be able to help. We can treat your TMJ to reduce or eliminate symptoms, even when the weather changes.

To learn how we can help, please call 940-341-2519 or use our online form to request an appointment at StarImage Dentistry, located near Wichita Falls High School.