Can Mouth Bacteria Hurt Your Lungs?

Bacteria are everywhere, and while this can be creepy to think about, they are completely necessary. In fact, if all bacteria were to suddenly disappear, most life of earth would cease to be, and those that were left would probably starve soon after. That being said, our relationship to bacteria is a complex one. While having a certain population of bacteria is essential to our health, a good bacteria can go bad if it gets into the wrong place. Complications like sepsis aren’t caused by any particularly bad bacteria, just bacteria that has entered the bloodstream. According to a new study published in the journal mSphere, this can also happen to mouth bacteria that has gotten out of hand. 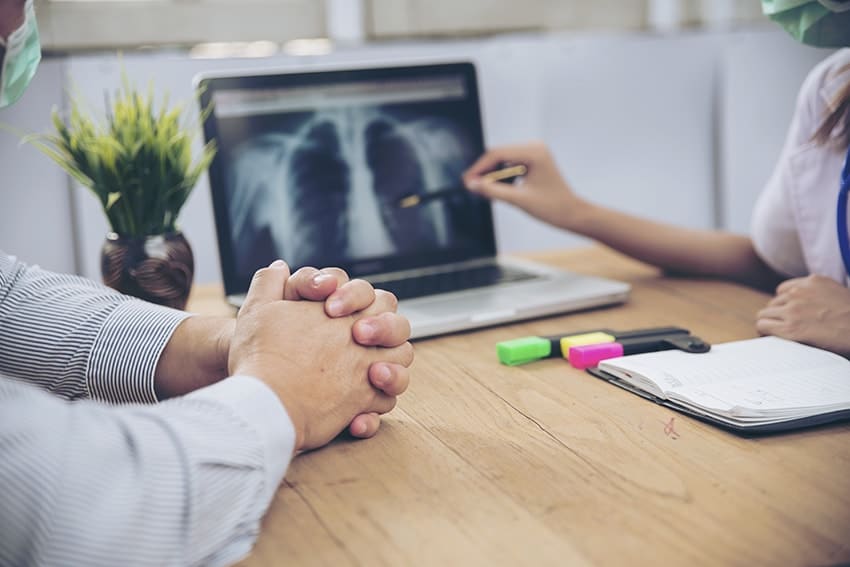 This new study was conducted by Dr. Yoshihisa Tamashita and a team of Japanese scientist affiliated with the Kyushu University in Fukuoka. The team examined the tongue microbiota composition of 500 seniors ages 70-80 who were living in a community for seniors located in Hisayama, Japan. Using advanced techniques that included a specific type of genomic sequencing, the research team identified several bacteria, including Prevotella histicola and Streptococcus salivarius, which previous studies have linked to higher risks of death from pneumonia.

What Were the Results?

According to dental examinations taken in 2016, the team found that these bacteria were predominantly found in seniors with more plaque, cavities, and fewer teeth. What the team concluded was that elderly adults with poor oral health “swallow more dysbiotic microbiota formed on the tongue.”  Because of these results, Dr. Yamashita suggests that more attention should be given to tongue bacteria found in seniors, as this could suggest possible health complications in the future.

How Do I Keep My Mouth Healthy?

Dysbiosis is a term used to describe a microbial imbalance, and can be applied to the mouth. While many of our microbes are needed for digestion, in order to fight off other bacteria and maintain the overall health of our mouth, these populations must be balanced. Cavity and gum disease causing bacteria tend to feed and become overpopulated when given food sources such as sugar and simple starch. Because of this, one of the simplest ways to keep your bacteria healthy is by limiting the amount of sugar you consume. This, as it turns out, is also good for your body as well. The American Heart Association suggests that consuming less than 35g of sugar daily for adult men, and 25g for adult women, will lower your risk of heart disease.

Another effective way to keep your mouth bacteria healthy is by keeping up with your oral hygiene. This means brushing and flossing twice a day but also making regularly scheduled dentist appointments twice a year.

You should be visiting the dentist every six months for a cleaning and checkup to ensure that everything is your mouth is at its best. If it has been awhile since your last appointment, schedule one immediately.

If you are looking for a Wichita Falls dentist to protect the health and beauty of your smile, please call 940-322-2252 today for an appointment at StarImage Dentistry.